In response to the social and democratic consequences of the 2008 financial crisis, the European Union announced in 2014 its ambition to reduce the number of people experiencing poverty by 20 million. Five years later, instead of reducing, this number has increased.

In the world’s wealthiest continent, 87 million live beneath the poverty line, 11 million are severely deprived of housing, and one in six workers are living in poverty. Too many people lack access to proper social protection and to the basic services needed for their well-being and to fulfil their potential.

The increasing inequalities, the competition between employees and those in precarious situations, the reduction of social protection, and the lack of a comprehensive response to the environmental emergency, lead to disenchantment and the loss of trust in institutions. Also, it causes the unprecedented rejection of migrants who are dying in thousands as they cross the Mediterranean

Associations act in order to combat inequality, poverty and exclusion. They provide assistance in terms of crucial services such as housing, food and health care. They support the elderly and disabled people in order to safeguard their autonomy. They welcome migrants and help with their integration. All in all, they aim to strengthen inclusion and access to rights for all.

Today we take pride in acting in solidarity within a Europe that is less and less based on solidarity.

From 23rd to 26th May 2019, citizens will elect their representatives to the European Parliament. We, the associations, the members of #ForAEuropeUnitedInSolidarity, assert that the future of the European project will depend on the ability of institutions to create  solidarity between Member States as well as within each country, to make it a living reality for the people.Only an ambitious, efficient, sustainable and human rights driven and European wide social priority will provide the conditions for the survival of the European Union project.

The Treaty of Lisbon states:

“The Union’s aim is to promote peace, its values and the well-being of its peoples. […] It shall combat social exclusion and discrimination, and shall promote social justice and protection, equality between women and men, solidarity between generations and protection of the rights of the child. It shall promote economic, social and territorial cohesion, and solidarity among Member States”.

Although initiatives have been taken in this direction, in particular through the European Pillar of Social Rights, we call on European Institutions, and specifically the MEPs who will be elected soon, to declare their strong and tangible commitment for the well-being of all.

This commitment, which is our clear commitment to #ForAEuropeUnitedInSolidarity, should mean:

→ Access to fundamental rights for all, with effective implementation of the European Pillar of Social Rights and punitive measures for States that do not respect the implementation;

→ A dignified immigration and asylum policy, respectful of migrants and of their rights, which require more resources to welcome and support them;

→ Priority given to social cohesion and ecological transition in order to transcend market logic and to end austerity policies, incompatible with a sustainable society model;

→ An extended political and fiscal mobilization for social inclusion, especially through Structural Funds, with a facilitated access to these funds for field actors. 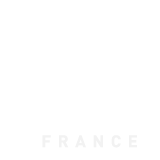